Brief Summary: KitKast is a platform we imagined to remove the stigma and limitations that come with wearing a cast. Our vision is a cast can be a platform with modular pieces that enhance creativity and imagination for children.

My contributions: Mechanical enclosure and hardware design, fabrication and assembly. 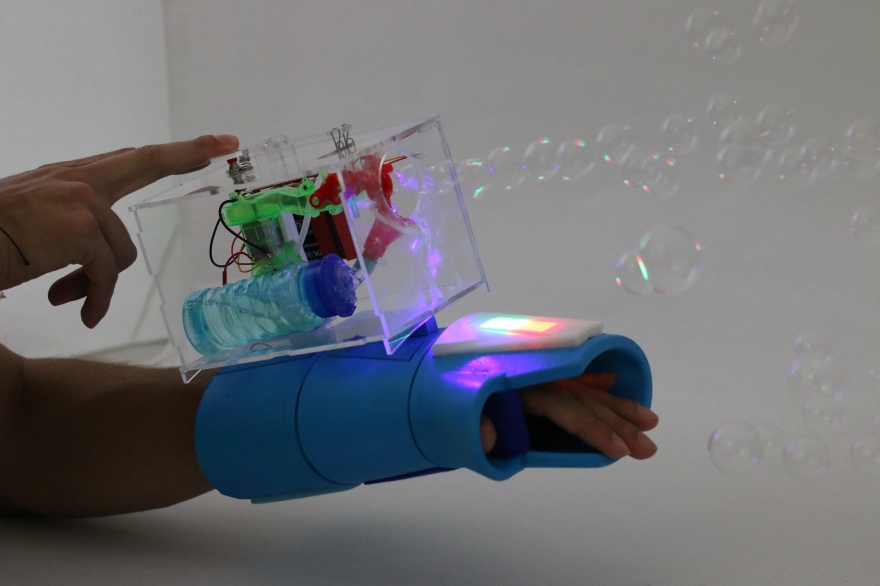 After doing design research on our target market – kids with casts, we proceeded to brainstorm features that we could incorporate into our design. Our idea was centered around modularity, to give the kid the potential for customization that is fully exploited with existing casts by drawing or painting on its surface.

The cast consisted of multiple primary pieces divided in two types – the shell and the modules. We designed the shell to assemble in three separate pieces, and to have module inserts that allow them to sit in place with magnets. The main fabrication technique was Ultimaker 3D printing, and laser cutting.

We then sanded the surfaces and painted them accordingly to have one color theme. Some modules were covered with fabric to allow further customization.

Our center piece for this prototype was designed to be a custom made bubble blower that can sit in the module inserts on the cast. To do so, our first step was to deconstruct existing bubble blower mechanisms and understand the circuitry, mechanical considerations, and reimagine its assembly.

The next component was designing the enclosure and the new actuation mechanism. 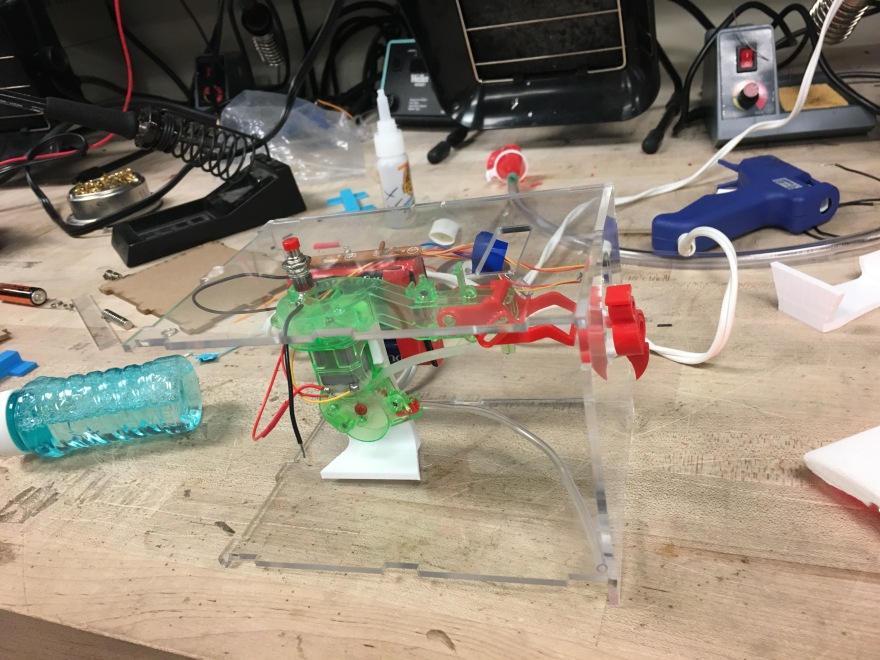 The new mechanism functioned with a switch soldered to the servo that activated the pump and the blower mechanism. This switch press was then mechanically linked to a mock up made with paper clips that moved the bubble film generator at the tip. The bubble film generator is essentially a bar that just barely touches the tip surface to generate a soap film and provide the base for the bubbles to form. A critical challenge was having the piece be close enough to generate the film, but far enough such that the friction wouldn’t stop the mechanism.

The overall mechanism, labeled is shown below.

Some final considerations included usability, reliability, and strength of the structure. For this we tested the electronics wearing the cast – simulating an actual use case.